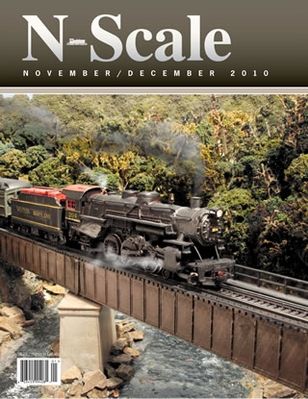 I looked forward to receiving my author's copy of N Scale magazine with much fervor. I had worked pretty hard to get all the shots in it together, and really hard on the cover shot... Well, David K. Smith did most of that work, but still.

When it arrived, I eagerly thumbed through to the article, and enjoyed seeing my work in print. The layout of the article wasn't quite what I had envisioned, but overall it was well done. But as I got to the final page, I noticed a critical element was missing.

You see, the article was written more or less as a time line describing the history of Casselman Crossing, a fictitious location on the WM that's featured on my layout. I started with a photo of a steam train pulling passengers, then proceeded to shots of some coal trains and fast freights in the early transition era, and on into the 1960's and early '70's. There's a picture of a Chessie engine in one of the lash-ups, which could have been captioned "There Goes the Neighborhood", then I described in the article how the line was ultimately abandoned by the Chessie System (I always preferred to call it Chessie the Knife), and the coup de gras was to be a photo that I painstakingly staged, showing the bridge as part of a hiking trail in the current era, with a CSX freight rumbling by in the background. 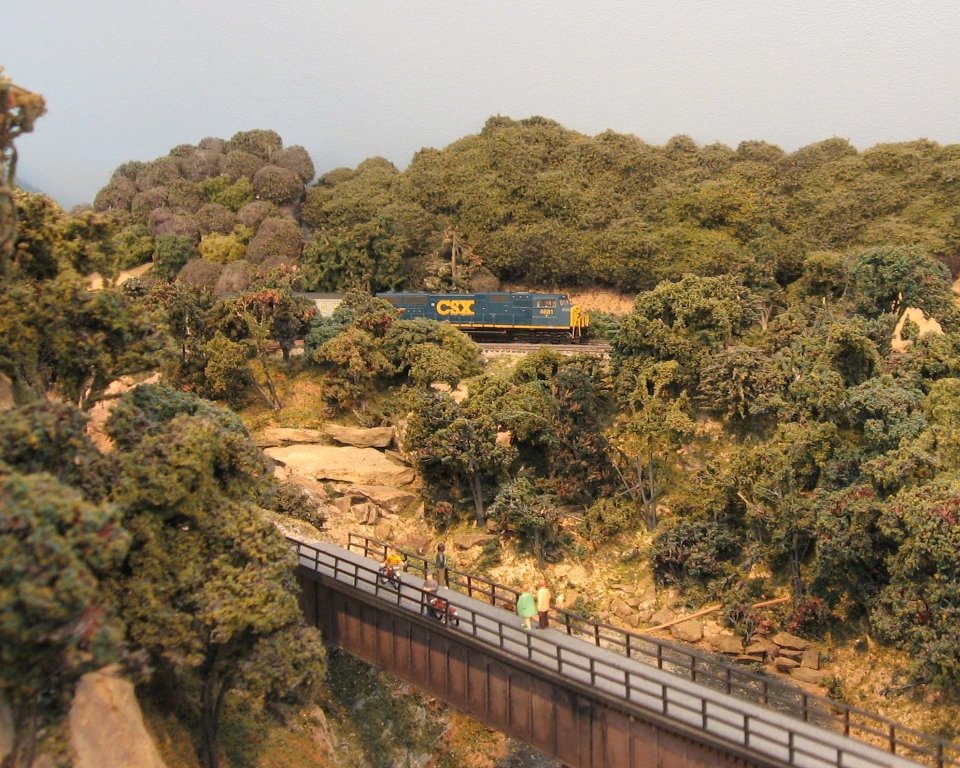 But somehow, it got lost in the shuffle and didn't appear in the article. So I provide it here, dear reader, as a public service.

I've got lots of work to update you on, but the hour is late, and the land of Counterpane beckons... More next time.
Posted by Lee Weldon at 11:55 PM No comments: