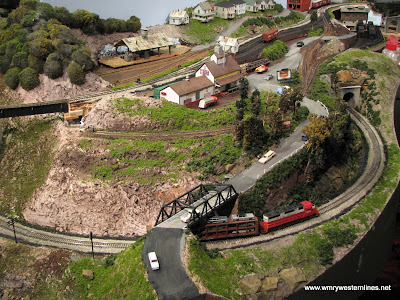 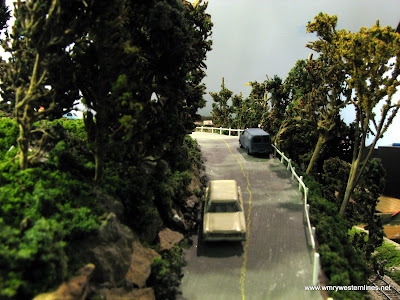 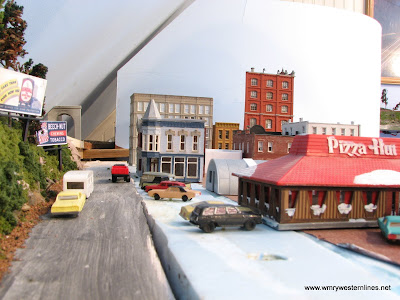 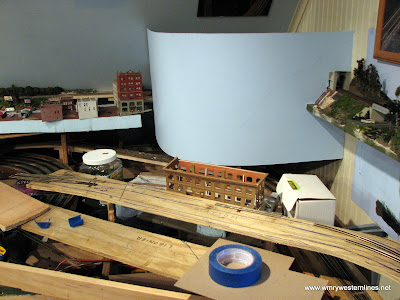 
View Larger Map
The challenge for me will be to patiently work on these background scenes and get them to a level of completeness so I can confidently finish running Wills Creek from the back to the front, and then install the remainder of the main line. Usually I'm too impatient to do things in the proper order, and I end up regretting it later. I'm already struggling with myself on this one, as I really want to get the track installed in front of the station. Somehow I'll manage, I'm sure.
Posted by Lee Weldon at 7:58 PM