Rome Wasn't Built in a Day 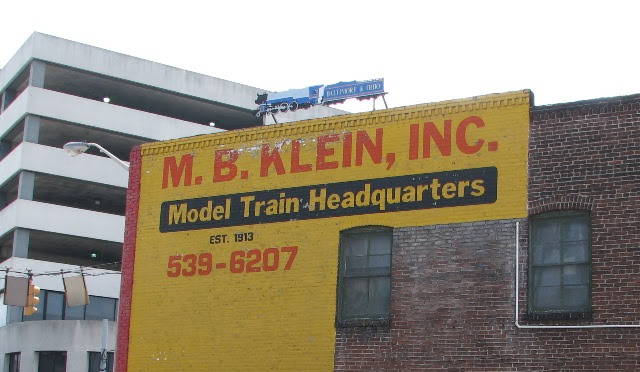 I was in MB Klein's old store in Gay Street, Baltimore when I heard a dad say that to his son.  Obviously the boy had eyes bigger than his dad's wallet, and Dad wanted to emphasize to the boy that model railroading is not a hobby for people seeking instant gratification.

As I look back through the enormous volume of photos and other bleatings I've posted over the years, I can't help but notice how many projects have gone unfinished.  My adult A.D.D. certainly has something to do with it, but it's safe to say that there are projects that were aborted due to bad planning, or a change in direction of my thinking, or the discovery of the proverbial "better mouse trap."  Having a lengthy to-do list has never bothered me. After all, I've been working on my 100+ year old house at the same time I've been building my layout, and my wife will be the first to tell you that I'm forever adding to THAT list.

So, while the yard on the layout remains to be ballasted, several main line turnouts remain to be wired, and the base scenery on some sections is still a dotted line, I've undertaken the design, layout and construction of the major city on the WM Western Lines: Cumberland, Maryland.

The focal point of the scene will be the grand WM station there, constructed in 1913, and still in service as the terminal of the Western Maryland Scenic Railroad. 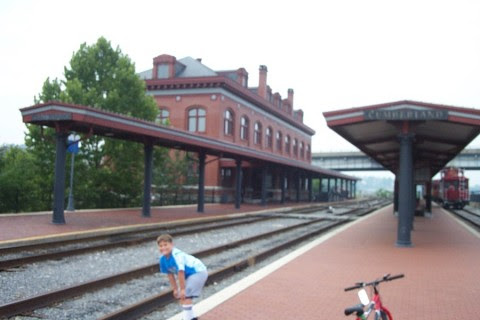 Since I'm modeling 1970, the train sheds won't be there, and the building will have it's well-worn and threadbare appearance from that era.  The last passenger train passed its doors in 1956 or so, but the building carried on as a freight agent's office and as home to the CTC dispatcher for the Connellsville sub.  This is how it looked in 1989 before being refurbished for the tourist trains. 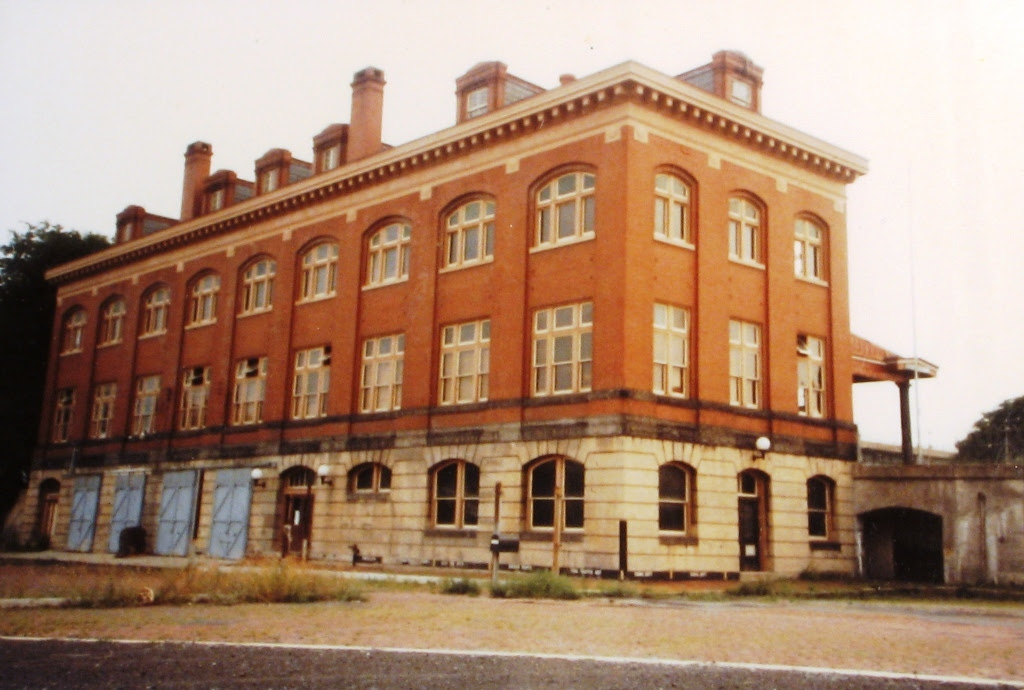 I started building a model of the station based on plans published in Model Railroader in the mid '90s, but got hung up on the windows.  The model is currently in the capable hands of David K. Smith, of NZT Products, being studied to find the best solution.  In addition to the MR drawings, I have a copy of the original blueprints of the building, so we're in the process of reconciling the original designs to the "as built" arrangements.

A key element of the scene will be the concrete channel in front of the station that was constructed in the 1950's to help control flooding along Wills Creek.  I've started framing up that area, including the interesting steel beam bridge that crosses the channel just west of the station. 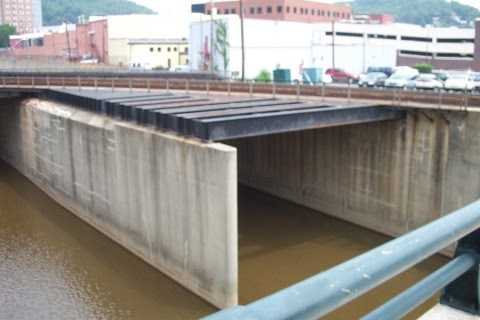 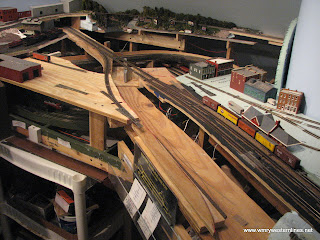 You can see the station location, with the stand-in building, the creek channel in front, and the buildings of Baltimore Street, the main drag through town.  The industrial site on the left side of the creek isn't prototypical, there's a neighborhood there, but I wanted to add some more switching opportunities, so that will be the PPG Plate Glass plant, worked through a switch back located on top of the flood wall.  The other industrial tracks behind the station are also foobed in for my era, but there is a newspaper plant back there, a freight house and a couple of other players to be named later to provide more traffic for the railroad.  I'll also be adding the Queen City Brewery farther back and on the same side of the creek as the station.  I'll have to build that last, since I'm going to need to have access to the hole back there to build the rest of the town.

To try to capture the essence of the downtown, I had a friend who lives in Cumberland, Paul Hutter, take some photos of a few key buildings in town.  I'm going to try to model a couple of the more prominent ones then sprinkle in the usual Heljan and DPM kits around them to fill in the blanks.  The plan is to build a supporting frame, then construct the city block by block in a way that it can be dropped into place fully detailed, lit and ready to just plug in.

With budgets remaining tight, I don't expect this section to get finished any time soon, but alas, Neither Rome, nor Cumberland, were built in a day...