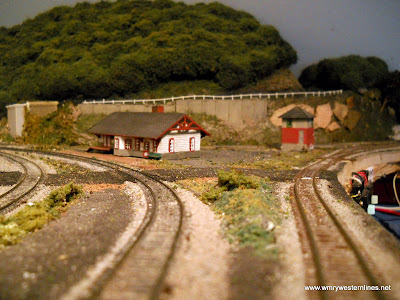 At 10:54 p.m. EDT, Western Maryland Extra train #25 left Maryland Jct. pulling a train of four gondolas and two flat cars toward Williamsport Junction. The work crew aboard has dismantled the hardware from the track, including switch machines, signal stands, and the train order stand at Williamsport. The train circled back around, pulling hardware along the Thomas Sub between Williamsport Jct. and Shaw, then proceeded back to Maryland Jct., and onto the Connellsville sub, dismantling hardware from the mouth of Knobley Tunnel through Meyersdale to Casselman Crossing. The diverging route from Williamsport Jct. to Ridgeley Yard has been embargoed for about 6 months, since Ridgeley Yard was closed for major upgrades to improve traffic flow. This track will also be removed in favor of a superior alignment, according to WM's engineering department. 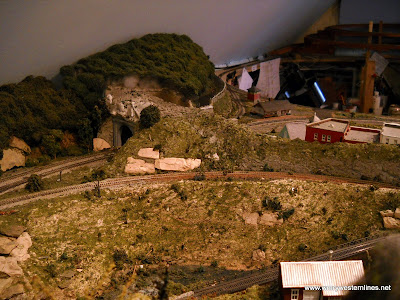 The forests in these areas have been leveled, and only a few abandoned buildings remain along the right of way. Tomorrow track gangs will be deployed to salvage rail and ties along both of these same lines. Once these lines are cleared, there will be substantial earth moving activities underway, as phase 1 of the Western Maryland's improvement program gets underway. This will involve deconstructing much of the peninsula area to gain access to the original staging yard, approximately 200 yards below the surface of the earth. The yard will be reconfigured to allow trains to smoothly loop around to return to North Junction. This activity will also significantly improve the capacity of the railroad, creating four through tracks that can accommodate trains of up to 40 cars. At present, trains are restricted to less than 20 car lengths.

This project will also include replacing the current eastbound yard throat in staging. It is currently laid out with #6 Peco turnouts, which have proven to be too sharp and unreliable, and will be replaced with Peco #8, or long streamline switches. This will improve safety for the WM's crews, and reduce transit times to and from points along the east coast.

Once completed, work will begin on the new alignment of the Connellsville Subdivision from Casselman Crossing westward to Connellsville. The railroad regrets that in the process of this work, the communities of Williamsport Jct. and Meyersdale will forthwith be wiped from the face of the earth, however, new development opportunities will exist once the Queen City of the Potomac, Cumberland, Maryland, is installed sometime in the near future. Until further notice, shippers located west of Maryland Jct. will be served by local trucks. We apologize for this dreadful inconvenience. 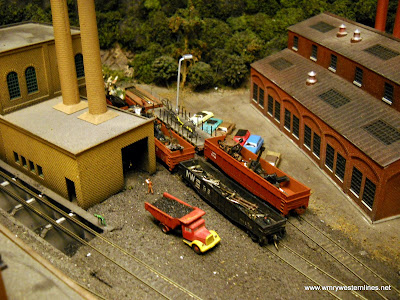 Stay tuned for further developments as they happen!
Posted by Lee Weldon at 8:12 AM